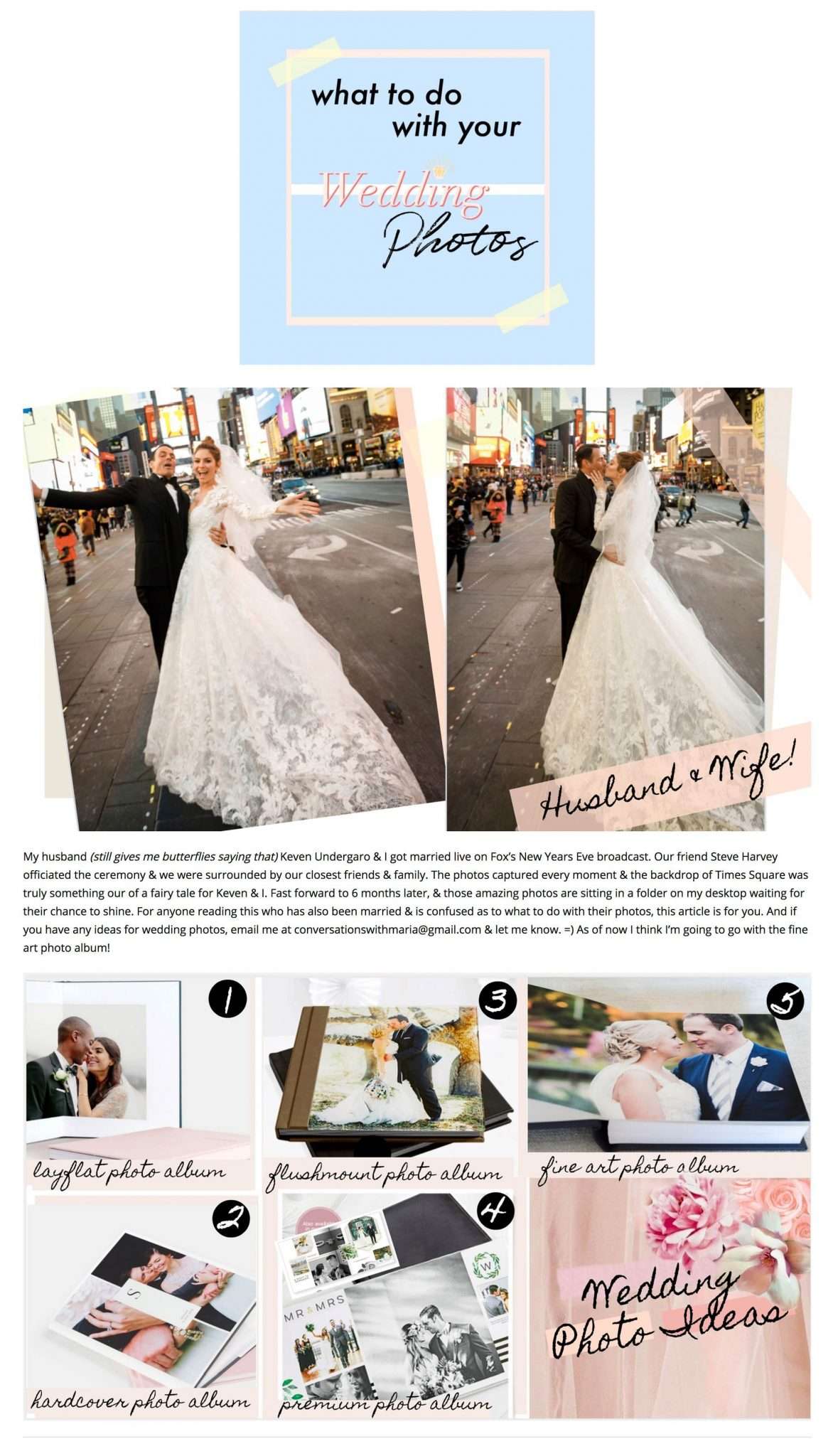 Maria Menounos tells us what she would do with her wedding photos in her August journal.

Why do we even care? Well Maria Menounos has over 1 million Instagram followers, she’s the woman behind the Better Together podcast, an Emmy Award Winning Journalist, an American entertainment reporter who has hosted Extra and E! News and is a New York Times Best Selling Author of The Everygirl’s Guide To book series – so she knows a thing or two about lots of stuff! Plus she’s married to Keven Undergaro who is a NYT Best Selling Author twice over plus they both are behind AfterBuzz TV and mingle with celebrities!

So when Maria was feeling a little nostalgic in her August journal about marrying husband Keven, and reminiscing about getting married live on Fox’s New Year’s Eve broadcast surrounded by their closest friends & family, she talked about how “the photos captured every moment and the backdrop of Times Square was truly something out of a fairy tale“.

Maria goes on to talk about “fast forward to 6 months later, and those amazing photos are sitting in a folder on my desktop waiting for their chance to shine“. She recommends “for anyone reading this who has also been married & is confused as to what to do with their photos, this article is for you“.

This sadly is the story many married couples tell. They plan on printing their wedding photos in an album but never get around to it. Either they don’t have the time, find picking their favourites too hard or life simply just goes on with the career or having babies.

You can take a look at the fine art wedding photo album Maria Menounos chose as the best wedding album or more from our wedding album portfolio here. 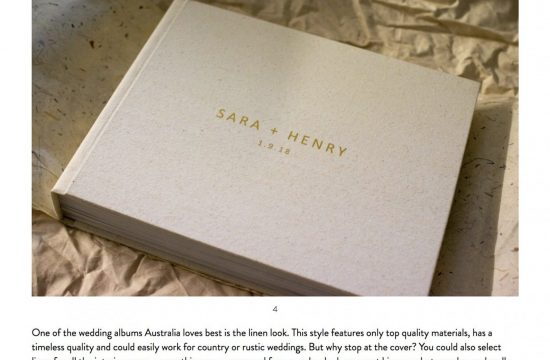 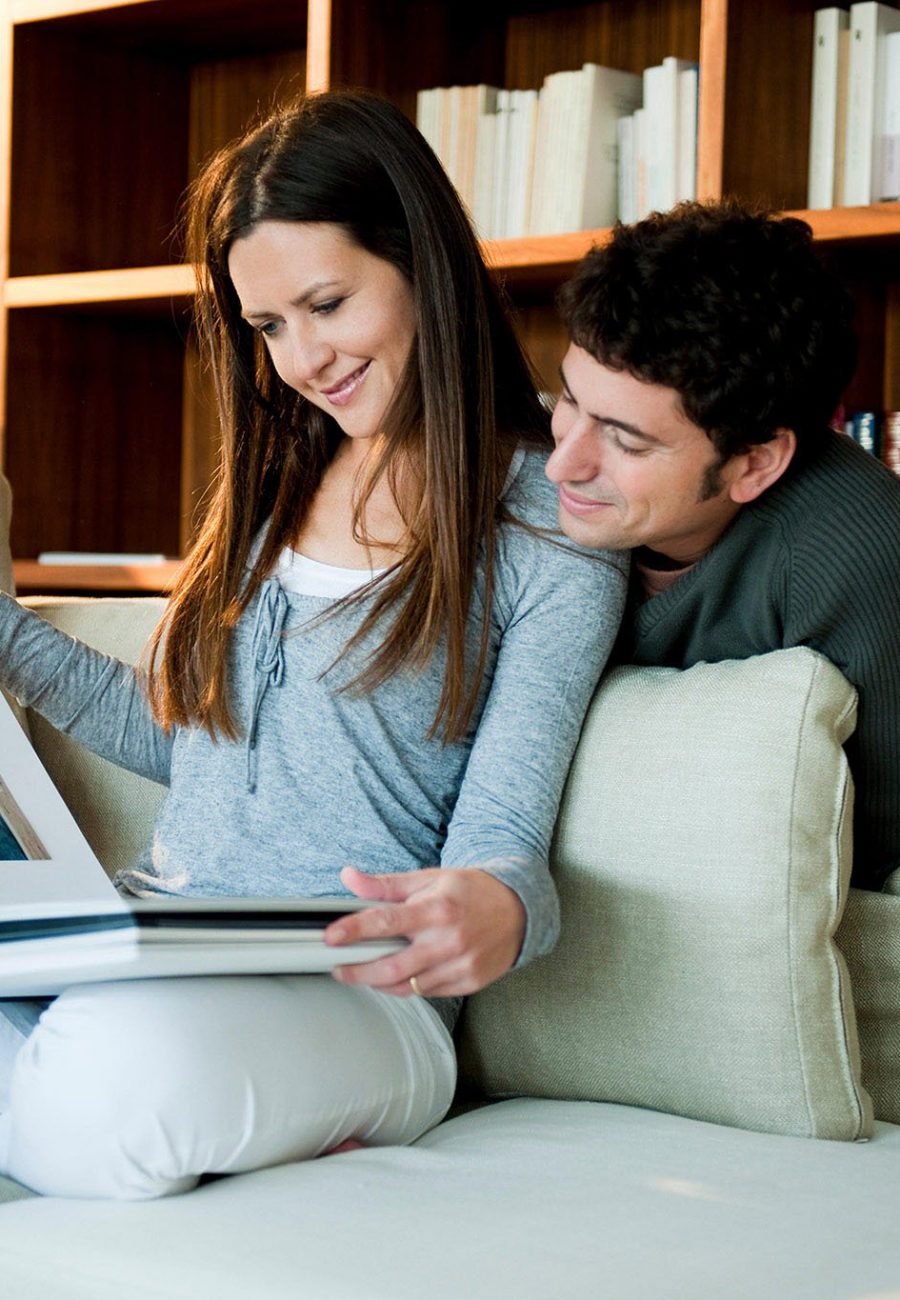 Choose Your Album Cover Material & Colour Personalise Your Album Cover With Custom Embossing! How About A Beautiful Box To Store Your Album What Is A Wedding Album Going To Cost? How To Order & FAQS I'm Ready To Order My Album
GOT QUESTIONS? CONTACT US
@weddingalbumsandbooks
© 2006 - 2020 WEDDING PHOTO ALBUMS & BOOKS MADE WITH LOVE IN SYDNEY AUSTRALIA BY THE COFFEE TABLE BOOK Privacy Policy | TERMS & CONDITIONS
TO TOP